Skateboarding Community for Women and Girls

100% Skate Club is an ALL GIRLS SKATEBOARDING community based in Calgary, Alberta. We are focussed on creating community and space for women, girls, trans, and non-binary persons at Calgary's skateparks. We have weekly drop in sessions from May to September for ages 8+. Come meet new friends, work on your tricks and have fun! 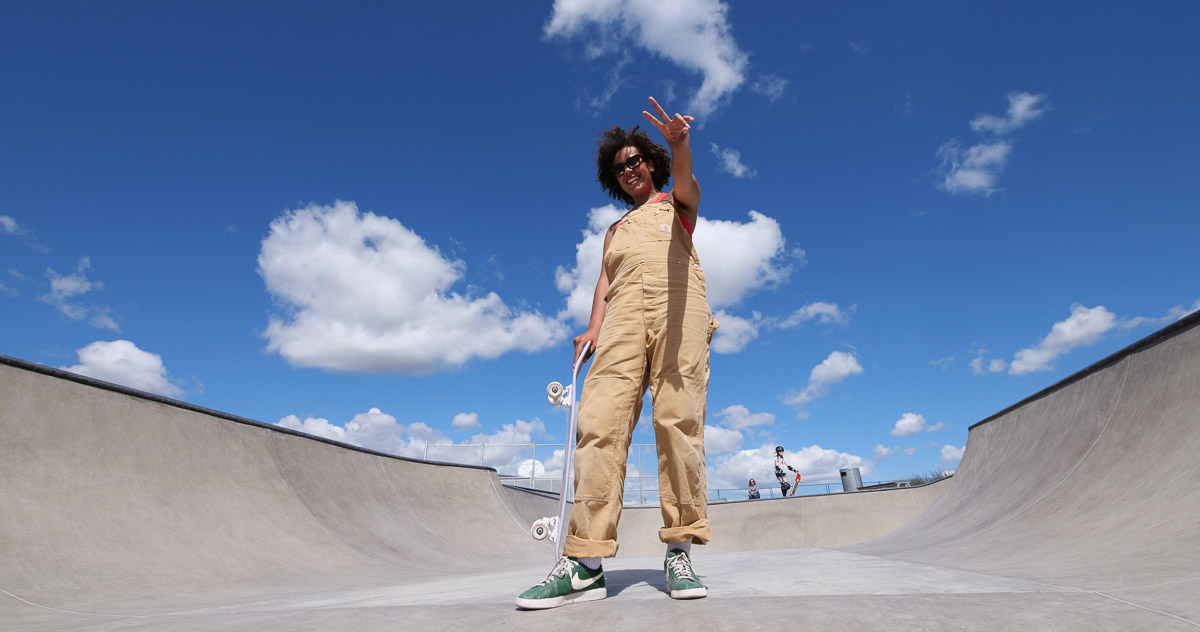 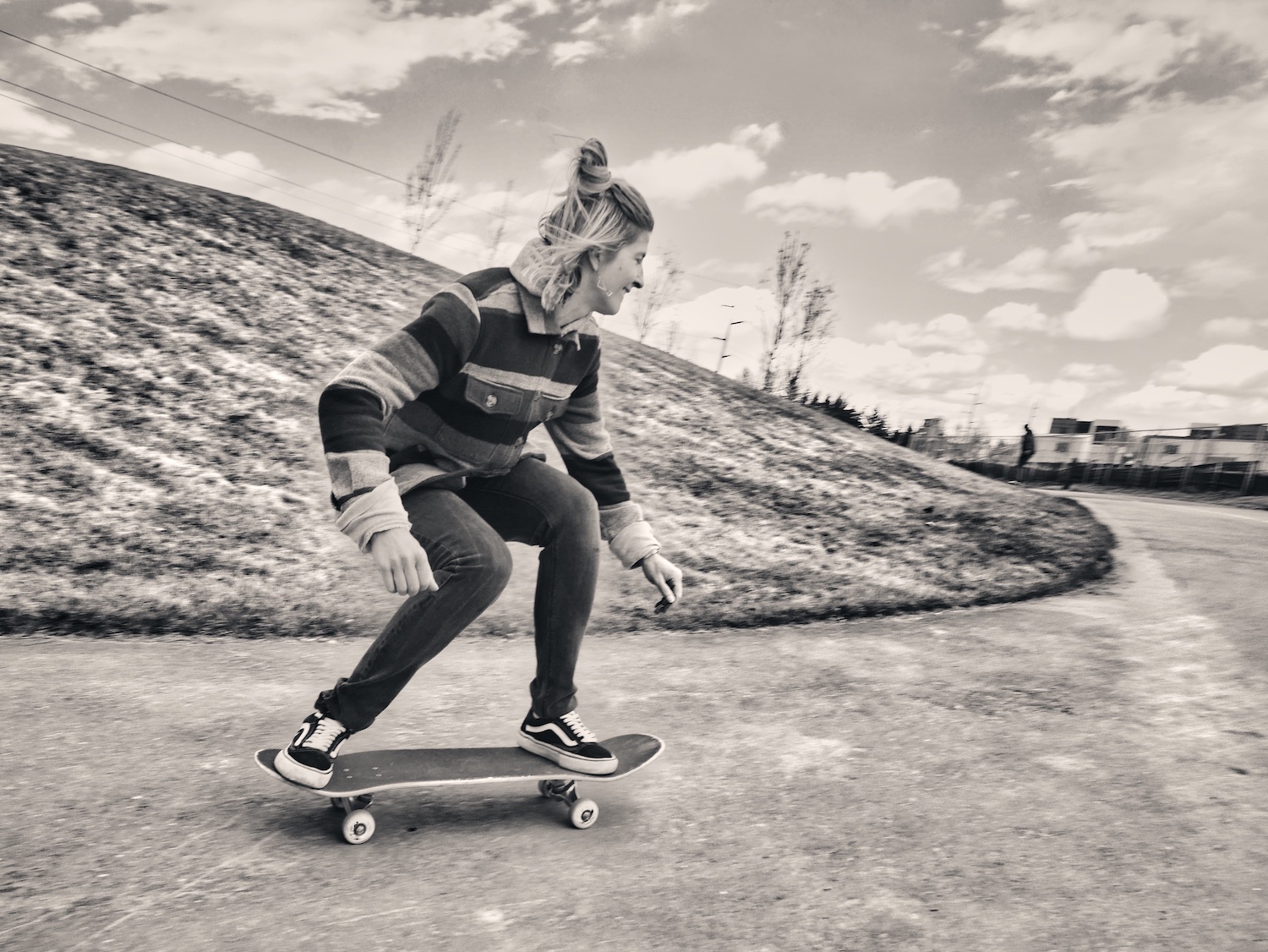 Season 5 saw the addition of our new website! Many thanks to Crystal DeCnodder at Full Blast Creative for developing our website. We adore your support and for helping us reach the next level.

What Flamingo 3 was held June 22 and 23, at Huntington Hills skatepark, and Matt Banister Memorial skatepark on the Hull Services campus. Brooke deHondt, Benjamin Zak and Tom Nelner were our coaches.  Read the blog post for the full recap.

In 2019 we reached our goal of 100 members topping off at 108 signups. We had great turnouts at our Wednesday sessions. And, we also started age 16+ sessions to better connect with our teens and young adult members. 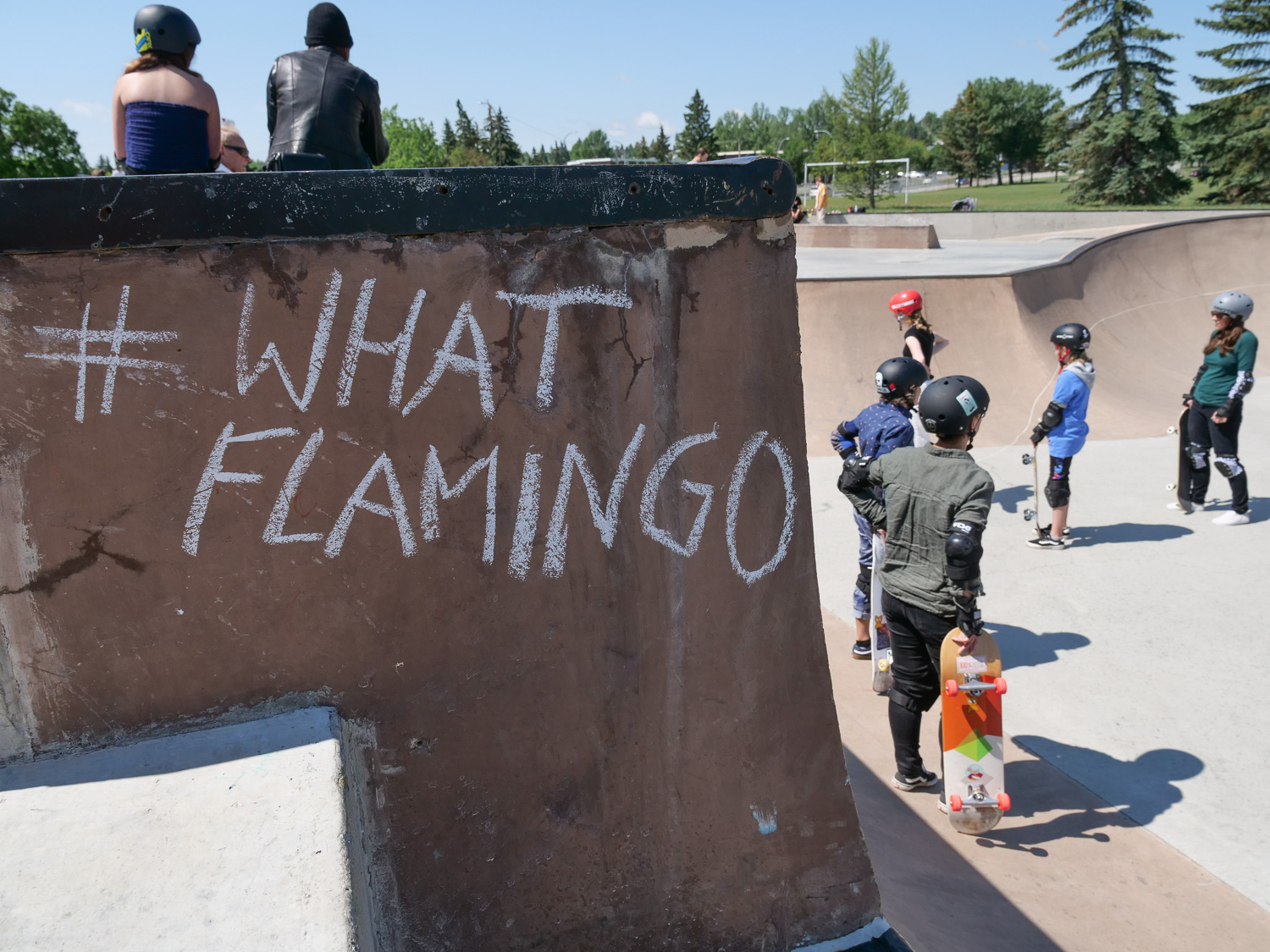 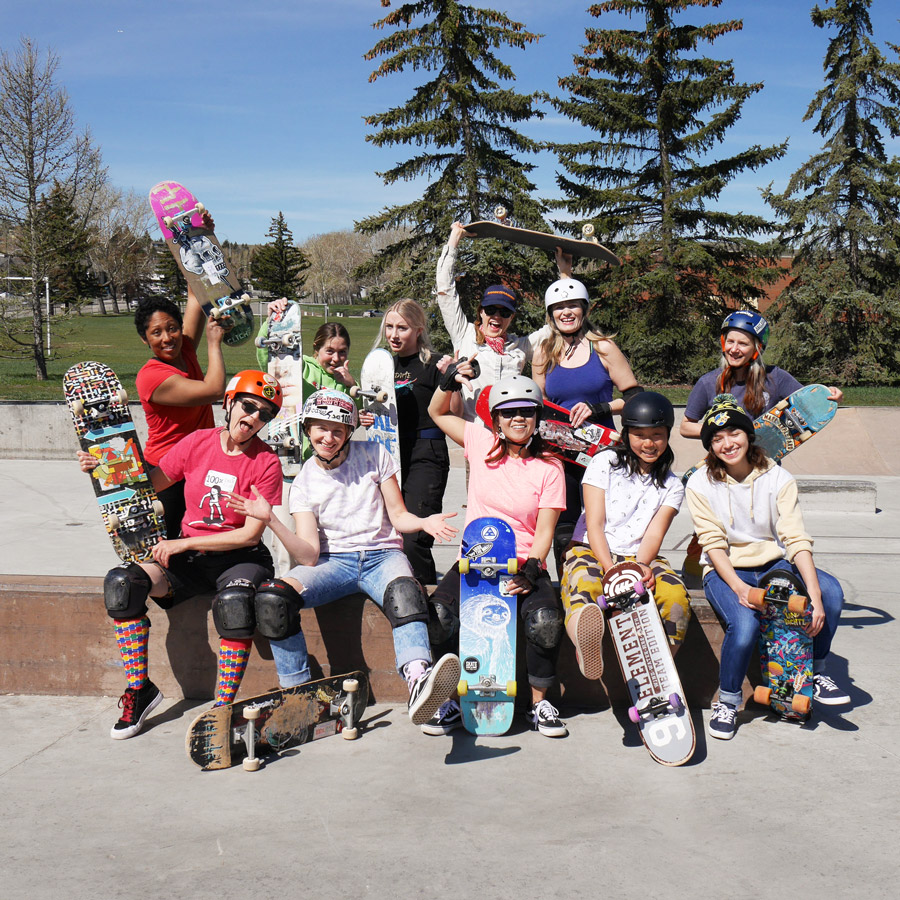 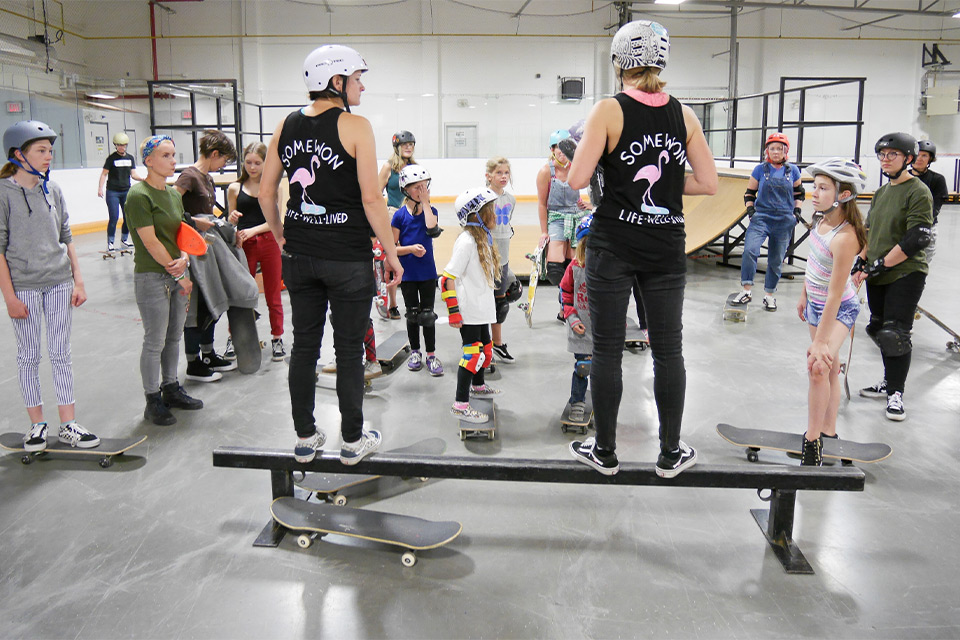 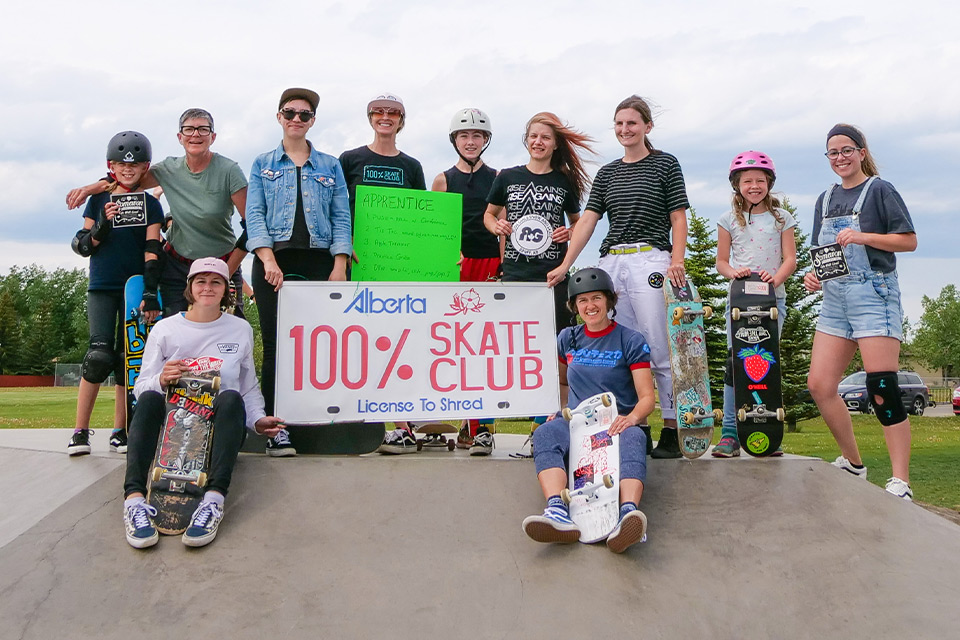 We started our weekly Wednesday sessions in April. We had very good turnouts every week, often over 20 skaters. We ran What Flamingo 2. With local skater and mother of two, Tamara Jones as our featured pro. Despite some rain, we had a great turnout and the girls rode away with new tricks in the bag!

Other highlights of the season were skaters and their families gathered for our annual fundraiser BBQ in club member Crystal’s back yard. Complete with mini ramp we had a private session, it was awesome! Mia Rushton designed our social media posters, our first official 100% Skate Club t-shirts and stickers. We love your design. Thank you Mia. We ended the season with 92 wonderful skater girls.

In 2017 we excited to partnered with artists Eric and Mia for What Flamingo: an all girls city wide skate tour. The 5 day tour featured pro skateboarder Annie Guglia and semi-pro bowl skater, Melanie Mercier. What Flamingo skate clinics were taught by Annie and Melanie in both street and bowl skating. Eric and Mia generated a lot of great press for the event, which was funded through a City of Calgary skatepark amenities grant they received. The festival also featured a skateboard photography workshop taught by Marlene Hielema and hosted at Full Blast Creative studio. What Flamingo was a big success! Once again generated more girls and women coming to our sessions. By the end of this season we had 80 signed up to participate.

More about the artists: http://www.ericandmia.ca/ 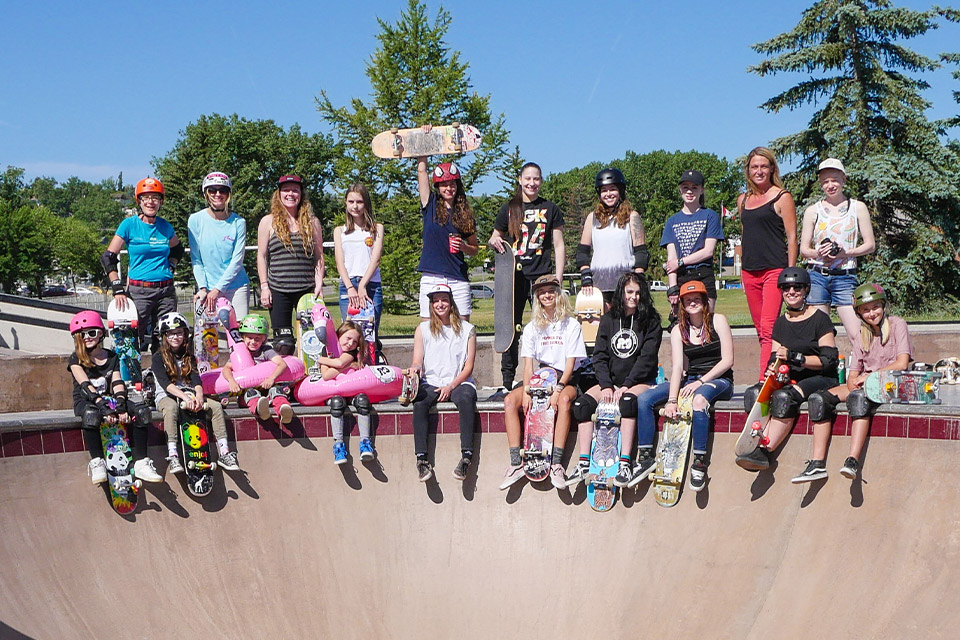 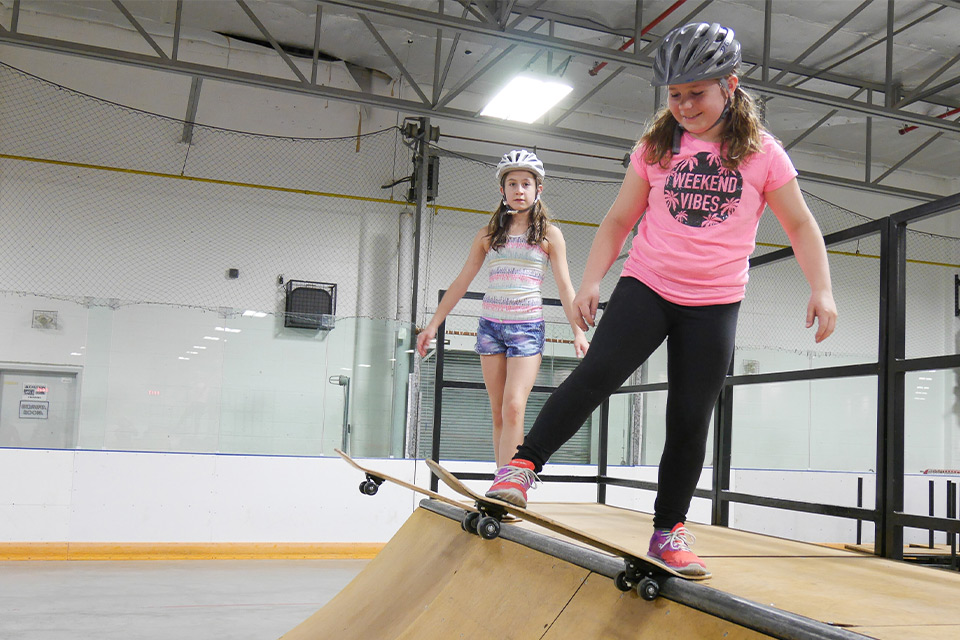 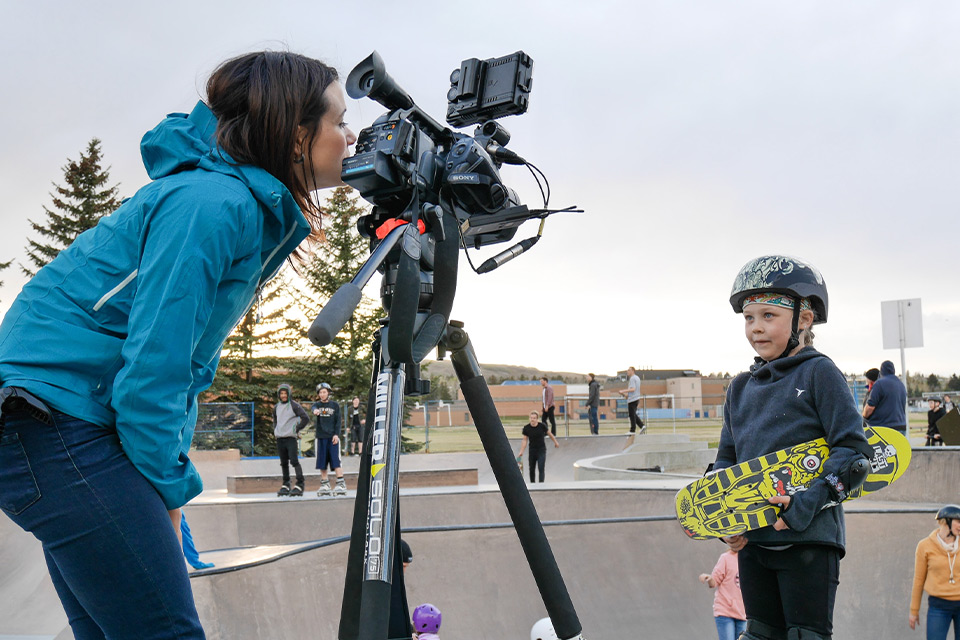 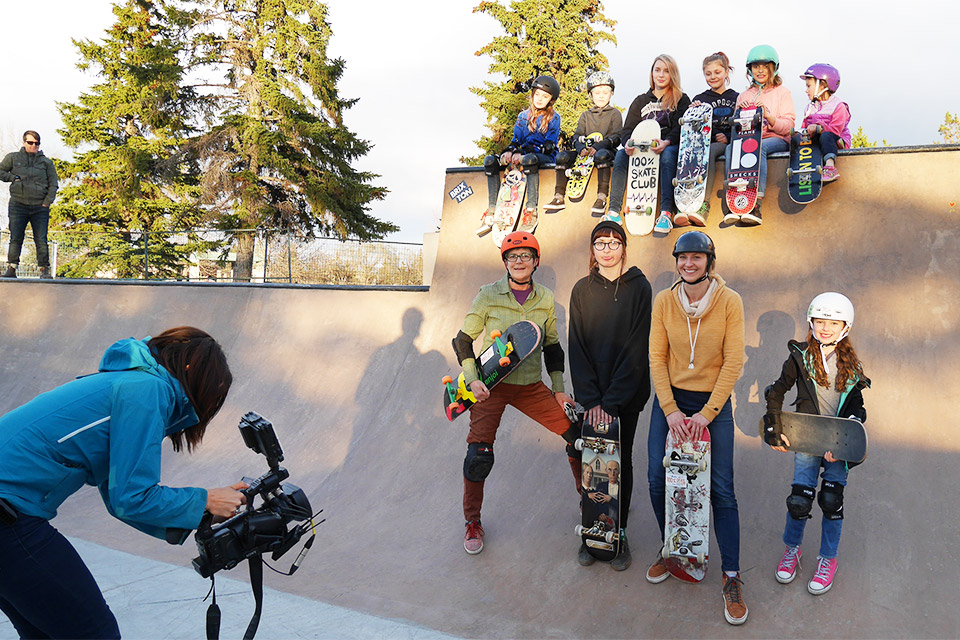 At the start of the 2016 skate season, two new skateparks had been built in Calgary: Huntington Hills and Southwood. This expanded our club’s geographical reach in suburban areas of the city making skateboarding accessible and friendly to younger girls and families.

This seasons highlights were tremendous, Global TV Calgary did a television interview with our club members at Huntington Hills. That feature exploded our club growth and we regularly filled the skateparks with 20+ members at our Wednesday sessions. Then our Calgary MLAs, Karen McPherson stood up in the legislature and formally recognized our 100% Skate Club as an vibrant, safe and supportive community for women. We are forever recorded in history in the Province of Alberta.

March of 2015, Erica Jacobs did an interview with the Calgary Metro News paper about her new skate club for women and girls, she also started a Facebook page. 100% Skate Club was born. Her intention was to find other women skateboarding in Calgary and start organized skate session together. Little did Erica know the impact that she would have on the Calgary skate community.

The first skate sesh of 100% Skate Club was on April 1st, 2015 at Calgary’s Millennium Park. It was a blustery evening, with snow flurries, yet 8 brave skater girls showed up! Including Marlene Heliema. Once warmed up, everyone had a blast! What Erica & Marlene didn’t know at the time is they would continue to skate together and build the Club for many more years! It was the beginning of something unique and special.

A few highlights from the season were skating for ice cream and year end pizza skate party!

By the end of the season we had 45 skaters signed up to the Club. We firmly established ourselves as a welcoming community of women skaters of all ages and abilities. 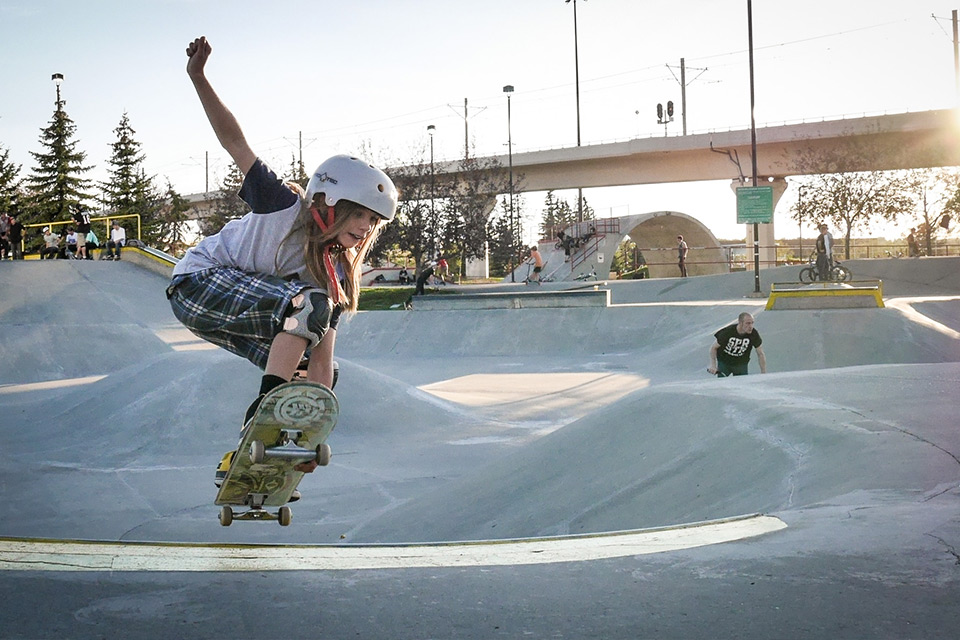 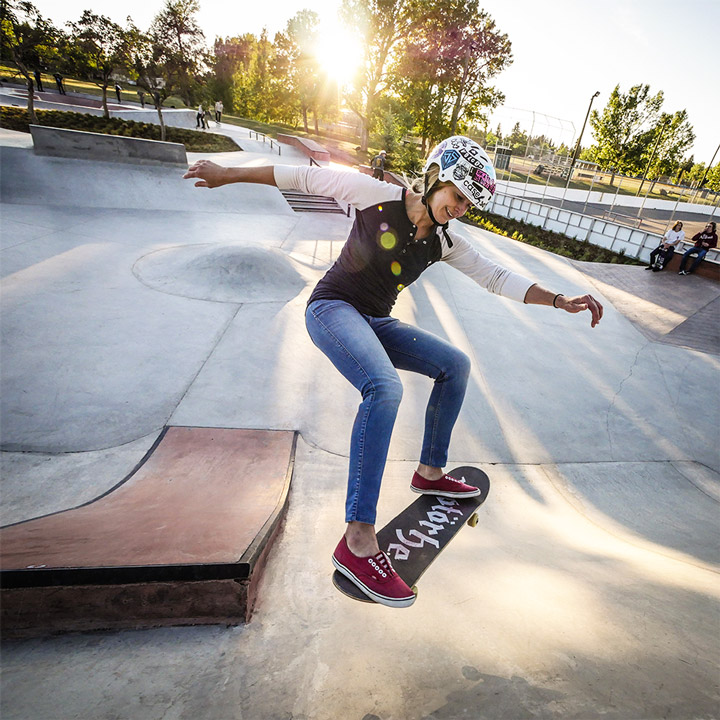 ‘Maximum Flow’ video by @shariwhite is hot off

@canadaskateboard needs our help! They have launch